Home > Design > My Boyfriend Brings In Men To The House
Design

My Boyfriend Brings In Men To The House

I am confused as I write this, I don’t know if my boyfriend likes or he just likes  men, because at first he just wanted to try something different and I agreed. 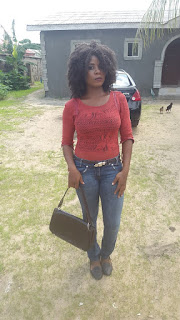 Talk2Bella
My dear, your man is Gay, you either accept it now or later, are you going to be having intercourse with different men all your life? Have you tried for the other partner to be a woman? Must it always be a man? Leaving is entirely up to you, it seems both of you have a perfect working arrangement and you like it, the only problem here is your man doesn’t touch you anymore he prefers the company of men rather than yours.
If you end up with this guy, your life is going to be sexless, you’re just gonna be a statutory wife, he’s gay and you should either accept this fact and stay if you want to, or remain at your own peril.
Design

Help Me Bella, All My Girlfriend Wants Is Play! Play! And More Play!

We've Been Together For 8 Years, How Do I Break Up With Her

I Have Had 3 Stillborn Babies Should We Just Adopt?

My Girlfriend Seems To Think I’m A Fool, How Many Uncles Does She Even Have?

My boyfriend is a complete moron.

My Boyfriend Is A Big Time Armed Robber, How Do I Leave Him?

How do I tell my girlfriend she smells down there?

He Wakes Me Every Morning Just For Intercourse.