He doesn’t know I am older than he is, I lied to him about my age when we first started dating, told him he was about 4 years older than I was and he accepted it.

Now it’s like I shot myself in the foot, he disrespects me at every turn and expects me to apologize, reminds me he’s older than me and wants me to accord him the respect his age requires if not he won’t talk to me. 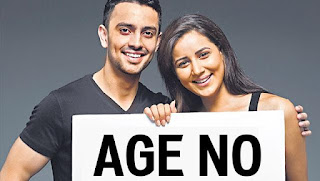 Do I tell him the truth about my age, I feel totally useless these days because he wants to stamp the age authority every time, if I make any mistake he tells me, I act like my age, he doesn’t know why he would even date someone he’s younger than bla bla bla.
What do I do?
Talk2Bella
A relationship shouldn’t be a competition and it seems that’s what both of you’re doing {Age Competition}.
Everyone knows age isn’t a criterion for maturity, in a relationship respect is mutual and reciprocal and should never be forced or enforced; when it is forced it isn’t a relationship anymore but a dictatorship.
Lies are a bad foundation to build any type of relationship on, now do the honest thing and tell your man your real age, it won’t mean the end of the world, it will just clear things between you two.
Relationship Stories

I Have Had 3 Stillborn Babies Should We Just Adopt?

I Got Pregnant For A Man Who Doesn’t Want It.

I Think My Man Is Sleeping With His Neighbour.

She Embarrasses Me Anywhere We Go With Her English.