I don’t want her to act and that’s final, I want to marry her but if she continues with this her acting dream, which I know she won’t realize I might just marry someone else, no way will another man be smooching and kissing my wife to be all in the name of acting.
We have been fighting a lot because of this, but I will come out triumphant, she wants to marry and I have laid down my terms, I know I am doing the right thing for the both of us, if she wants to act we can do it together while doing role play in the bedroom. 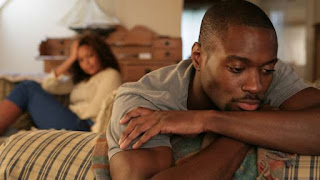 Talk2Bella.
Easy there Tiger… you haven’t married her yet and you are already know what’s best for her, you seem like an authoritative person, why not calm down and talk to her heart to heart to understand if Acting has been her age-long dream.
The truth is, people like you think acting is some sort of taboo that restricts out females, hence your worries. There are a lot of successful female actresses in the Movie industry of whom I believe you celebrate; I see no harm in her trying to follow her dreams in the movie industry. I suppose if your male friend were to seek your advice in venturing into acting, you would have given him your 100percent support.
As a boyfriend/fiancé, you have no right to ascertain what path of life she wishes to build a career in, I think you should rather begin to see the positivity in acting and support her immensely. But if you can’t keep up with her dreams, then you ain’t the right man for her.
Goodluck.
Reply From  Ikenna Ihekweazu {CuteHector}
Single's Stories

I Have Been Wearing His Engagement Ring For Four Years.

Is It Okay to Date a Friend’s EX