Don’t even get me started on how hot single people get, anytime they see two people displaying any sort of  affection they have an itch down there or for the guys they have a bulge down there.

You talk about intercourse and they play it in their heads, or they have a hard on, it gets so bad sometimes that they wake up in the morning shivering {I have experienced this}, I shivered so bad I had to lay in bed all day, I was a bit ill for the remainder of the day.
It’s not a sin to get hot, even virgins get hot, as an active adult having intercourse every day is healthy and it doesn’t make the joystick reduce or the femalecore slack, once a week is better, once is month is a red flag and once in months is a cry for help.
I have never been able to play with myself and adult toy isn’t as much fun as people have been made to believe, a friend would say to me “Bella, I don’t like to play with myself, I love my joystick inside a femalecore, it is warm and moist and my hands aren’t so I hurt my joystick whenever I play with myself” I am sure a lot of guys experience this, and for the girls there’s nothing like a guy slamming you with his manhood, that endorphin that get released while he’s pounding you is what makes intercourse awesome and memories are made.
What am I trying to say, there’s nothing like the real thing, an adult toy won’t satisfy you neither will masturbation, these are just solutions that won’t last for long {for some people it does}.
What do I do when I’m hot and there’s no man or woman in sight? I either drink it off or sleep it off, sometimes I might play with myself but then I’d feel disgusted and just watch something on TV, get wet, have stomach ache and sleep it off, it sounds like torture but in the morning I wake up feeling better.
What to do when you’re single and hot? 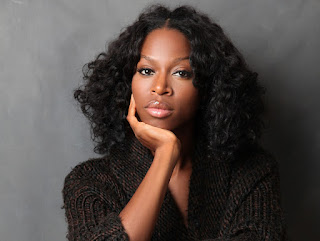 If you’re a man who doesn’t mind patronizing prostitutes that’s a good idea, don’t forget to pay and use condoms.
If you’re a woman who enjoys random intercourse, it might be the perfect time to knock on your neighbors door or call that guy who’s been crushing on you or who you have a crush on.
Doing it this way doesn’t make you a whore or a womanizer who visits prostitutes, we all got needs and if these needs aren’t met we may one day become rapists or child molesters.
There’s no permanent cure for being hot unless you’re doing it with someone who you have genuine feelings for, all you need to do is find out the button that puts your hotness on a hold for as long as you want it, if you’re in a long distant relationship having phone intercourse is the best way to go, trust me that’s a whole new level of craziness and fun.
Now are you hot? And you don’t want to try the above, get yourself a man or a girlfriend and have intercourse as much as you want to.
Isabella Ibeji
Single's Stories

Why Are You Still Single?

I Only Date Married Men

We Met On Badoo, Can I Go Visit Him