I am trying to get this guy to fall in love with me, I have tried everything, from giving him free food, going on stupid errands for him, following him to church, washing clothes and sweeping his house.
But I am not ready to give up yet, he doesn’t have a girlfriend so I know he’s free but I wonder why he isn’t noticing me, what do you think I should do? I have given him all the signs possible to mankind but he’s just blind to it. 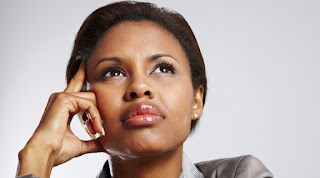 We just started the university together, both in 100 level, he’s my first and only friend and I don’t want other campus girls to snatch him before he falls in love with me.
Talk2Bella

You have tried everything except opening your mouth and actually telling him how you feel. He’s not going to notice anything because he sees you as a friend and wouldn’t want to step out of his boundaries.
Doing all those things won’t move him, he believes a  friend is doing it for him and I am sure he has reciprocated in other ways, just tell him how you feel and see how it goes from there alright.

Just know this might go two ways, he might either say no and then you become embarrassed about it or he says yes and things work out well, giving him signs just aren’t enough, but if you’re willing and brave enough to tell a Nigerian guy you have feelings for him my dear go ahead and do it.
Single's Stories

Why Are You Still Single?

Bella Why Do Nigerian Men Lie Too Much?

I Only Date Married Men