Home > Life's Stories > Do You think Married Women Should Tender Their Salaries To Their Husbands?
Life's Stories

Do You think Married Women Should Tender Their Salaries To Their Husbands?

Someone recently asked me to write on this issue, then I realized we were having this same problem at home. My step-father is a very traditional man, sometimes I wonder what my mum saw in him, she’s the typical educated lady who speaks more English than a Briton, and she’s way intelligent than her peers, so imagine our surprise when she said it was him she’s decided to spend her life with.

My dad died a long time ago, it wasn’t an easy marriage for them, separation, family intrusion and the rest, they were separated for more than a decade before he died, I’m glad they parched things up though.
My mum is a salary earner with the Lagos state government and for as long as I can remember, it’s been one quarrel with her and my step-dad to another, he says a woman must tell her husband how much she earns, my mum says if she tells him he will stop doing the normal things a man and a father would do at home, all because according to him my mum earns more than he does in a month {I don’t believe this though, he’s a funny man} 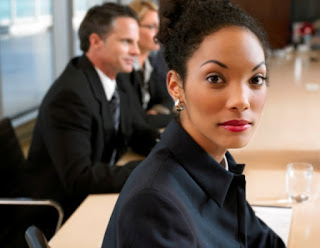 Photo Credit: Walker’s Legacy
Well now the issue is, he wants my mum to tender her salary every month so that he can share it, tell her what and what to do with the salary and all, my mum says he must be joking, she pays bills, power bill, maintenance at home and sometimes feeding, because things haven’t been looking up real well for him because of the ban on importation of rice {he’s a supplier}
Now being who I am, unbiased, I want to resolve this issue amicably, it is wrong to ask a woman to tender her salary when you don’t tender yours, if you want to make it so, both of you should have a joint account where each month you put something in it from your earnings so when you both need something urgently you can withdraw from it.
There are women who do this, and this has worked for them, they are doing it because it was willingly done and not forced, I actually know someone who does something like this, the husband hasn’t had a job in like forever and at the end of the month, she shares part of her salary and gives him for his maintenance and that of the house.
What’s you take on this issue I would love to hear opinions.
Thanks and God bless
Isabella Ibeji
Below is an interview I did with my mum and dad asking if it is right for women to tender their salaries to their husbands; here what my mum has to say. Watch, share, and subscribe to my channel, we can only get better when we appreciate each other’s efforts.

I am ashamed to date her, She Limps, My Friends Laugh

The Devil Lives In My Boyfriend.