I don’t know where she got it from, because we have been intimate for a long time and both of us never caught STI all of a sudden I now have it.

I asked her and she said she has it too, I know I have been faithful to her, I have never even looked at another woman how could she do this to me? 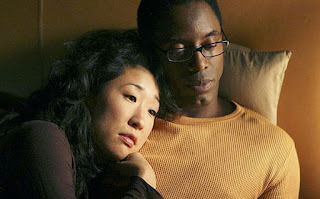 Photo Credit: Entertainment Weekly
I want to ask her who she got it from, but I am scared she might deny and this will hurt me, how do I go about it please advise me.
Talk2Bella
‎The issue of Safe Sex has been preached a thousand times and up to the present day, its continually advertised on the media educating the masses about how one can protect him/herself from acquiring sexually transmitted diseases or infections. It’s a pity you’ve become a statistic despite the warnings. Although not all sexually transmitted diseases/infections are transmitted sexually, as there are other ways in which one can contract such infection but that is really not the case. You are now a statistic as an STI victim and what you should be thinking of right now is how fast you can tackle your problem instead of blaming someone else for your carelessness.
Just as medical experts over the years have recorded yet another milestone in the fight against AIDS, same way STIs have gotten a cure and a good number of people infected with STDs have responded to treatment. ‎I suggest you avail yourself an opportunity now that you’ve discovered you’ve been infected to see a doctor and let him proffer immediate treatment.
I believe medical experts in the house can also advise you on what you should do as well.
Good luck.
Reply From CuteHector
Team Talk2Bella
Design

Do You Have A Breakup Plan? When You’re Dating Someone.

How Do I Win Back A Cheating Boyfriend.

Gloria Please Take Me Back.

My Girlfriend Beats Me All The Time

Long Distance Relationship Is A Time Waster For Women.