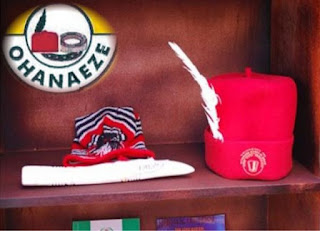 Photo Credit: Breaking Times
Nigeria is just a name that was given to us by our colonial masters, many people see this as a big mistake myself included, we did very well together before the amalgamation, there was more peace and unity between and amongst us, there was no power tussle for land, every tribe and ethnicity knew their geographic location and stayed in place.
But we can’t all say the amalgamation was a bad idea, it did bring us together, made us mix with ourselves, now we can inter marry, teach other tribes our cultures and traditions, most of our languages and spellings are more similar than we realize, Okute in Igbo means stone, while Okuta in Yoruba means stone this is just one example of many.
We are more alike than we realize so I am all for one Nigeria. Ohanaeze Ndi Igbo is one of the best things to have happened to the Igbo community, how do you get millions of Igbo people from all parts of the country and the world to come under one umbrella? Whoever brought this idea is a genius, we have all Igbo states representing their various communities, we speak the general Igbo tongue when we gather, we practice the general Igbo traditions when we assemble, there’s accordance, unity, togetherness and harmony and lastly politics, I experienced it first hand and now I want to participate more.
Ohanaeze Ndi Igbo was formed in 1976 and her headquarters is located at Enugu, After the Nigerian civil war, some prominent Igbos gathered to proclaim the need to unify Igbos under a common umbrella body. This initiative was much welcomed considering maximum displacement of the Igbos during the war and its aftermath. An organizational assembly was created, referred to as the Igbo National Assembly (INA). This organization was later banned by the Federal Military Government at the time, probably due to the Government’s fear of a grand suspicious agenda being cultivated by the Igbos via the organization; hence, the creation of Ohanaeze Ndigbo, in 1976. 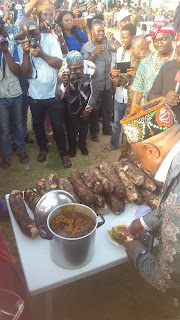 Like I said one Nigeria, other states in Nigeria and other countries in the world have recognized this formidable body, they are welcomed as Kings and Obi’s in other states in Nigeria , other local governments, and abroad I am still in awe how this was achieved considering how we have been painted as a nation with major ethnic rivalry. Yesterday one of the Igwe’s of Ohanaeze in Badagry, Olorunda local government celebrated the New Yam Festival and invited major Yoruba Kings and tribal leaders in the community, I have never seen such unity amongst Nigerians before, I was so impressed I felt patriotic, this is how every Nigerian should feel at heart, we are all one, don’t let anyone deceive you. 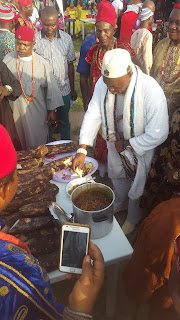 We’re a nation with rich several ethnic backgrounds, one cannot out rule the other, living in peace and harmony should be the anthem of every Nigerian, no need for tribal displacement or favoritism, no need for ethnic superiority or terrorism, we’re stronger together than apart, we’re so reach in culture that the uniqueness of one will amaze the other. 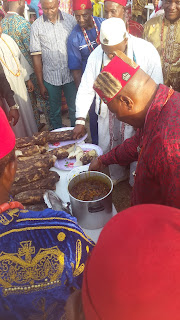 I haven’t been to my village in ten years, so you can imagine the joy I felt when I saw my village masquerade, I jumped up and down, I cheered them, 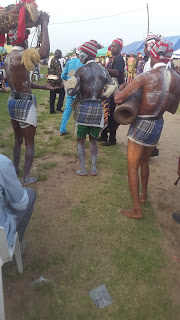 I said these are my people, that’s my village masquerade, I know them, I can remember my father would take us home for the festival “EKPO” 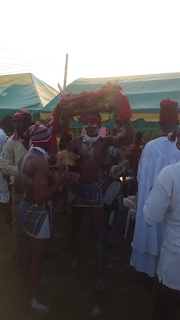 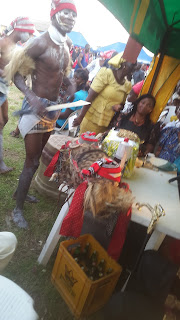 He would carry me on his shoulders and when the masquerades were flogging others he will standstill speak their language and they would move, I am from Abia state so I remember a little but that was a very long time ago, I shall be visiting my place soon because of this experience I hope I can find my way back. 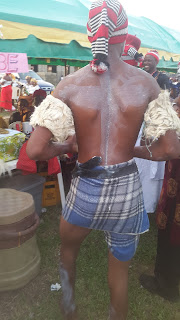 https://youtu.be/xtJgOrT0v3c
Pardon the video quality i will do better next time.

Have You Lived In A Public House In Nigeria? Share Your Funny Experiences.

He's A Tailor With Low Income Who Wants To Marry Me