talk2bella, 4 years ago 0 6 min read 42
Everyone is faceless and not important until they become popular or pass away, then we wish and gnash our teeth and lament on how nice we should have been to them, how we should have known them more and tried to be friends, this was exactly how I felt when the death of Asuquo Ukeme was confirmed in NYSC orientation camp.
It started as a rumor, a corps member died in a hospital in the capital of Zamfara state {Gusau}, he was in platoon so so so and so, we whispered it to ourselves, someone had just died in Kano camp, we asked ourselves what was happening? and immediately we began to bind the spirit of death out of the camp but it was too late as the next day it was confirmed that yes indeed a corps member had died, he died and left a grieving family behind. 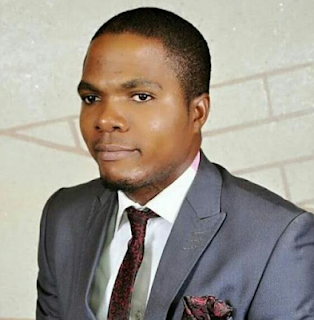 Do I know exactly what really killed Asuquo? All we were told in camp was “he complained of body weakness and when they couldn’t diagnose or treat him in the camp clinic he was transferred to Gusau where he started defecating uncontrollably till he gave up”
Could his death have been avoided? This is not for me to say, I cannot question the Christian God, he giveth and taketh and all things pleaseth him be it good or bad, Asuquo according to rumors was a first class graduate, he was the shining light in his family, he was the torch bearer who would lift his family out of poverty and yet life was snuffed out of him just like that.
The doctors and nurses at the camp clinic will definitely try their best, after all we are all corpers, we need to fake an illness so we can be redeployed or sent home and so they tend to pay less attention to those who come in with unexplainable illnesses, they write a prescription and when you go to the pharmacy they don’t have it you’re advised to go to “Mami” and “PAY” to get it.
I have a lot of complaints but I am a patriotic Nigerian, I will not wash the dirty linings of my country for others to laugh at, I will only say my bit and see if the government will do something about it. Why would NYSC put the lives of corpers in the hands of doctor corpers who just recently graduated? Don’t get me wrong, these doctors volunteered to be there, but they need experienced personnel on ground for emergencies, they need medical equipments for emergencies, they need surgical materials for medical emergencies they need stable light in the clinic, clean environment and professionals to handle cases corper doctors can’t handle.
Did you know a corps member who was seven months pregnant miscarried? Oh such sights I saw, mighty lumps of blood everywhere, oh please don’t ask me why she wasn’t redeployed immediately, I know what I know but won’t say I am still a serving corps member but all I will say is “She didn’t look pregnant and she was unmarried”
Why’s there a camp clinic if it’s not for emergencies? Poor woman had to be rushed to the capital for proper medical care; I will not play the game of what if, but what if there were proper medical equipments to treat her in camp would the baby have survived? What if she really looked pregnant would she have been redeployed? What if she was married does it mean she would have gotten instant redeployment and her baby would be alive today? But I am a patriotic Nigerian so I will not play the game of “What If”
Don’t blame camp officials, they work with what they are given, do I need to complain about the Food? Toilet? Hostels? And security, we slept with our eyes open, we were robbed how many times, oh and please don’t say indigenes did it they are untouchable it’s our fellow corpers who did it, robbed us in our sleep, we saw and couldn’t move our bodies, our lips were heavy and our throats patched, if you didn’t believe in African voodoo now will be a good time to do so because I experienced it firsthand.
I heard 700 Naira is allocated to each corper for feeding and yet our soup on camp is a reflection of our faces, is it the beans which would make you purge or the rice which look and tasted like “just eat and belleful” but the meat was okay, fear for my stomach didn’t let me eat one day in camp, I have many complaints but I am a patriotic Nigerian and refuse to let others laugh at my country.
What should I say about the cold? This cannot be explained but experienced because no amount of explanation can paint a mental picture of how cold Zamfara is and what the cold does to our bodies. Why is Bella home while her peers are in camp? Bella couldn’t cope, the cold paralyzed her muscles and for days she couldn’t walk, well you all remember what I said about “Unexplainable Illnesses” I had to be sent home and applied for redeployment.
You wake us up at 4am, send us into the cold with nothing but our shorts and whites and our Khaki shirt and ask us to pray and do parade, do we look like we have been to “ICELAND” before? I do not want the NYSC scheme to be abolished, I made some great friends and families there, but I want our lives to matter, you don’t take a riverine fish out of the river and expect it to survive in the ocean, you don’t take a wild animal out of the forest and try to domesticate it in a park, I haven’t had an asthma attack in years but my second day in camp I came close to having an attack.
NYSC scheme need to be rebranded and restructured, we are still working with the 1973 brochure, children of nowadays are like “Agege Bread” soaked in water we are not strong, I saw a lot of things in camp but I am a patriotic Nigerian, I will say what needs to be said “camp officials tried their best”
These are pictures of camp B female hostels and bathroom 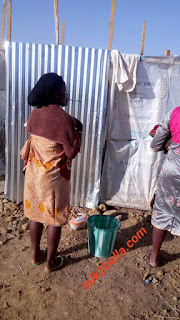 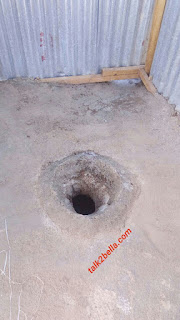 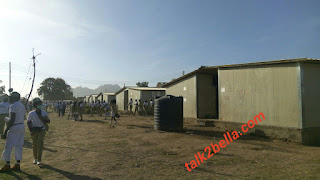 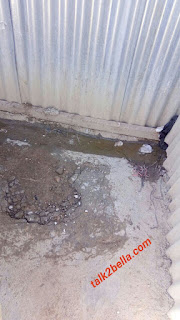 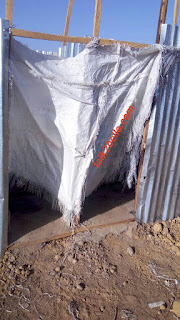 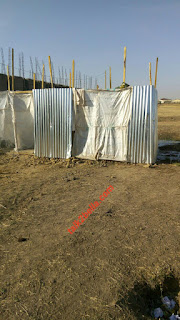 Five Things I Regret Doing At The University.