talk2bella, 4 years ago 0 3 min read 43
If you ask me na who I go ask? But truth be told no man or woman can be snatched, there’s nothing like “my husband was snatched by another woman” the correct term should be “My husband willingly allowed another woman to entice him and he fell for it” am I correct? Of cos I am loll
I will always say no matter how a married man professes love to you, 99% of them will never leave their wives for you so don’t get carried away or be deceived, the worst mistake you can make while dating a married man is to get pregnant for him, that is an automatic termination of your illicit affair, don’t ask me how go figure it yourself. 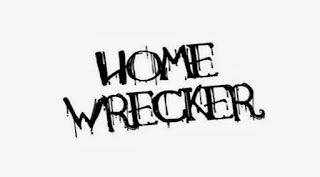 What’s the snatching game like these days? Did you hear of the woman in one African country who married two men? Hehehehehe madam the madam I carry yansh up for you, I haven’t heard or read anything recently about public fights between a single woman and a married woman asking the other to leave her man alone, neither has anyone been bathed with acid or hot water, I think discreet is now the name of the game.
Married women are no longer “MEEK” they don’t go down on their knees and pray anymore when their husbands cheat, these women have gone full gangster mode on single ladies who want to “wreck” their homes, they trace them and give them the beatings of their lives, and of cos the cameras are always there to record such events and upload on social media, imagine someone wants to marry you and when he Google’s your name “Husband Snatcher” comes up god forbid bad thing.
It’s almost Xmas and girls are getting desperate please I beg you leave married men alone so they can cater to their families, don’t be so desperate as to put your life at risk and jeopardize another woman’s home, think about her children and how scarred they will become when mummy and daddy keeps fighting over the girl who won’t leave their daddy alone.
You’re not smart, you’re not beautiful, you’re not a fast thinker; you’re just a thing to be used and discarded when you outlive your usefulness, beauty fades but integrity lasts forever, don’t think yourself smart because you’re able to keep him away from his family for a couple of days, don’t feel smart because he tells you his wife gives him hell at home and he prefers you over her, don’t feel smart that he loads your account with money, don’t feel smart because you have him at the moment, don’t feel smart anytime you’re with him because smart ladies aren’t an option, they don’t see themselves as second hand materials.
It takes two to tangle that’s why I sad there’s no such thing as a husband snatcher, the husband knows what he’s doing and is a willing participant in the affair but this message is not for the men, it’s for the women, what is wrong is wrong no matter how much we try to modernize it, if he truly loves you let him get a proper divorce from his wife and make you his legal wife.
There’s no such thing as a Husband Snatcher!!!!!

Why Every Man Must Bend A Kneel To Propose.

Do You think Married Women Should Tender Their Salaries To Their Husbands?

I Hate Men! Says This Lady Who Got Married At 19 (Watch Video)