This message is not for people who can’t comprehend simple terms, this world is not a fairytale, telemundo has destroyed the lives of so many Nigerian youth, not just women alone, you need to see where some guys watch this romantic hullabaloo and then daydream about how their forever after will be perfect, my dear you’re on a long thing.

I have always been a realist, while people love to take solace in what is to be I make do with the “What Is Now” and assume the future will take care of itself if I work towards it accordingly.  I have always seen marriage as a race, especially people who get married too early, in my mind I give it 10yrs or 8 and I know it would come crashing due to something as small as the price of garri milk cup, this is the realist part of me thinking, what does a 22 year old know about marriage? Even a 27 year old woman? But when the societal marriage drum beats every single lady/man must dance. 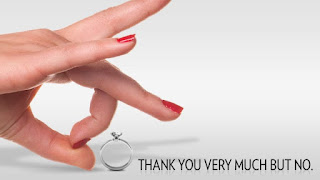 Not everyone is destined to get married; do you ever wonder why the rate of divorce is very high amongst our generation? Have you ever wondered why we have so many baby mamas and papas? Side chic, side side chic, side hoes, side niggas and side adulterers and adulteresses; everyone is trying to fit in where they do not belong, when will they learn dating isn’t even for everyone not to talk of marriage, I don’t even want to talk about the pressures men and women face when other busy bodies think it’s their time to get married, they taunt and worry your life until you dive into the nearest ocean called a wife/husband and become miserable the rest of your life.
In our generation we have seen the increased rate of spousal abuse, spousal murder, and spousal fraud; you ever wonder why we have so many divorcee’s who keep getting married every 2 years because they don’t want to be stigmatized with the divorcee title, have you asked if they have ever stopped and wondered and asked themselves if marriage isn’t ordained in their destinies, so many men and women have been led astray and lost their lives because of these lie sold to us that everyone is entitled to the title marriage.
Do you know how much pastors make from organizing special prayers and seminars for single women? They go as far as telling them to come with their wedding gowns, omo see gobe make I go buy wedding cloth wey I never kolobi one man, dem try, sow a special seed they say, sow all you have, sow a seed that would evoke the spirit of your husband anywhere he is to locate you, so a seed so mighty that when it gets to heaven the angels will be forced to help you locate your husband imagine sha like say our money know road to heaven, and when the seed sowings doesn’t work out the pastor is forced to attach you to one brother who probably doesn’t know jack squat in the bedroom then you begin to hear sturvs like my husband rubs anointing oyel in his kini before we can gum body.
Dear fellow humans, don’t be conned, deceived, coerced, forced, cajoled, manipulated into this present day sham called marriage, I call it a sham because it has lost the meaning of its name “MARRIAGE” which means a union of some sort, a genuine union, but these days people get married for the most selfish reason fathomable, to those who are married I say congrats, to those whose marriage is hotter than hellfire please leave, to those who are scheming on the next brother or sister to hook in a deceitful or because menopause is calling or as a man you just need a baby making machine karma isn’t to be toyed with and to those who haven’t even had a sister or a brother walk up to them and say hi, don’t worry it just isn’t your turn yet or you weren’t destined for marriage.

Religion Is An Incurable Disease.